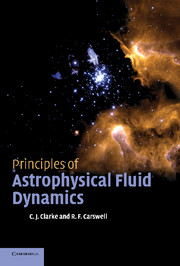 Unless you really like maths, you’re probably better off just looking at the pictures.

Today is Ada Lovelace day, where we celebrate the achievements of women in the traditionally male dominated fields of Science, Technology, Engineering and Maths.

Mythic Beasts came about as a side project of a bunch of students, most of whom studied at Clare College Cambridge. As a Cambridge student you receive supervisions, hour long tutorials in sets of two or three. You also live in the college for three years and some fellows of the college also have rooms in the same accommodation. As luck would have it, our director Pete was partnered with one of our other founders, Richard for supervisions in Physics, and in the second year they were jointly supervised by Professor Cathie Clarke and it turned out that her college room was directly opposite Pete’s in Clare Old Court.

This led to a slightly unusual arrangement, rather than everyone trekking into the department for supervisions they decided to hold them in Pete’s room at 8am, usually accompanied by a bacon sandwich and strong black coffee before heading off to lectures. Cathie was a superb teacher, neatly covering dynamics, orbits and effortlessly showing why practically the whole of spaceflight involves pointing your rocket motor in obviously the wrong direction in order to get to where you want to go. She also, neatly answered other questions including electro-magnetism that had stumped pretty much the whole year in Clare and all the supervisors in that subject, despite having had about sixty seconds notice and only half a cup of coffee. Pete’s room was on the top right hand corner of this photograph, the bacon cooking kitchen roughly above the passageway.

There was a particularly memorable supervision, where Richard overslept and arrived very late to Pete’s room, anxious he’d missed the supervision. On waking Pete up, they jointly discovered the note on the door from Cathie apologising that she’d overslept and the supervision would need to be rescheduled. A co-incidence for which all parties were grateful.

So whilst her impressive CV gives away the huge publication list, professorship and that she’s the course coordinator for astrophysics; in person we had the privilege of knowing that she is also a superb prize-winning teacher, gifted researcher and somehow on top of all that, a lovely human being who occasionally oversleeps just like the rest of us.